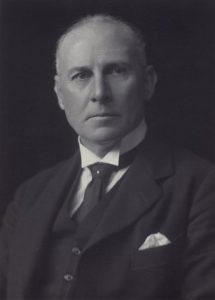 “No man in this country is under the smallest obligation, moral or other, so to arrange his legal relations to his business or his property as to enable the Inland Revenue to put the largest possible shovel into his stores”.

You work half the year for the government before you start to work for yourself!

I suppose the trick is to stop thinking of it as ‘our’ money, then we wouldn’t feel so bad. Still, it’s about time the government started to live within its own means, rather than ours. The Adam Smith institute calculates Tax Freedom Day – i.e. how much of the year you have to spend working for the government as the 3rd June And that is the latest it has been since 1988. Thereafter the government may take another 40% either in capital gains tax or inheritance tax. In the worse case scenario they may even take 100% in long term care fees!

At present, the average household pays just under £14,400 a year in direct and indirect taxes while the main breadwinners are still working, and £4,600 a year once they retire: almost £645,000 over 40 years of work and 15 in retirement. Using official forecasts on inflation, economic growth and the overall tax burden, The Taxpayers’ Alliance estimates that this lifetime bill will top £800,000 in three years’ time before reaching £1 million in 2015. Meanwhile a new report from the think-tank Reform (www,reform.co.uk ) reveals that middle-income families are being hit the hardest by the big tax rises that Chancellor Gordon Brown has imposed. The burden is the highest for 25 years, it says. A household on £28,000 a year pays nearly half of that – 47.9% – in tax.

£8bn in tax payments that could have been avoided

IFA Promotion’s annual Tax Action Campaign showed that in 2006 UK consumers wasted nearly £8bn in tax payments that could have been avoided with appropriate advice. This is an increase of £300 million on last year. The amount lost to inheritance tax (IHT) also increases, to more than £1.5 billion despite almost a third (32%) of the population naming perceived “death taxes” as the most resented.

What can be done?

Unless you’re the Chancellor, taxation will never be that exciting, but you might be surprised to see where all this tax waste comes from, and how it can be remedied. Temple Bar can talk you through your individual circumstances in detail, face-to-face and help. Your adviser can help you work out the most effective financial plan of action, to ensure you make the most of the range of tax breaks available to you, and stop wasting tax.

We are passionate about saving tax. In all aspects of Financial Planning Temple Bars brief will be to take note of your tax situation and where possible minimise and eliminate your tax burden.

NB: The Financial Services Authority does not regulate taxation advice